She is the gold of the sun

The gleam in your eye

She is heaven on earth

She is a bird at flight

She is a skinned knee

A tear streaming down

That breaks your heart down

She is the giggle of a tickle

The warmth of the sky

She is whip cream atop

A warm slice a pie

She dwells in my heart

She is every part of me

A memory of the past

She is my  history

She was Daddy’s little girl

Forever in his heart

She will always live on

Preserved in a time

She hides in your heart

She dwells in your mind

From time to time

A time of long ago

Giving you a memory

She is the glow

So, just before I retire from my computer desk, I thought I’d share this post with you from The New York Times. I found it rather fascinating, and I hope you do too. Here’s a snippet from the story, with a link underneath:

Into the Heart of Lightness 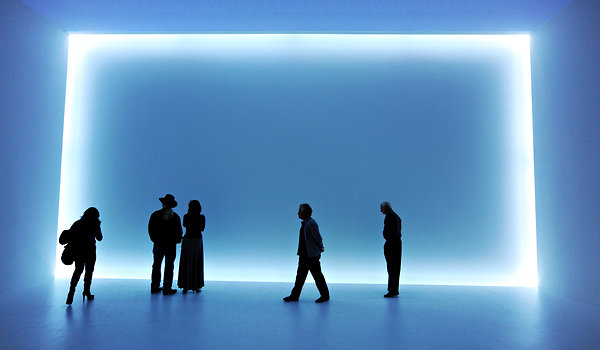 THE artist Doug Wheeler tells two stories, both having to do with light, that go a long way toward explaining why he is so revered by many fellow artists — as a visionary and a relentlessly stubborn perfectionist — and also why his work has been seen by so few American artgoers over the last few decades, particularly those in New York.

The first story takes place at the Guggenheim Museum in Bilbao, Spain, where…